Opening Statement: Entertainment, originality and quality: Sometimes we have to trust in the powerful imagination of another in order to truly experience something new…

Ash Mandrake is known for his music, his theatre, the hats and guitars he makes; his showmanship, stunning visual imagery and spellbinding live performances. 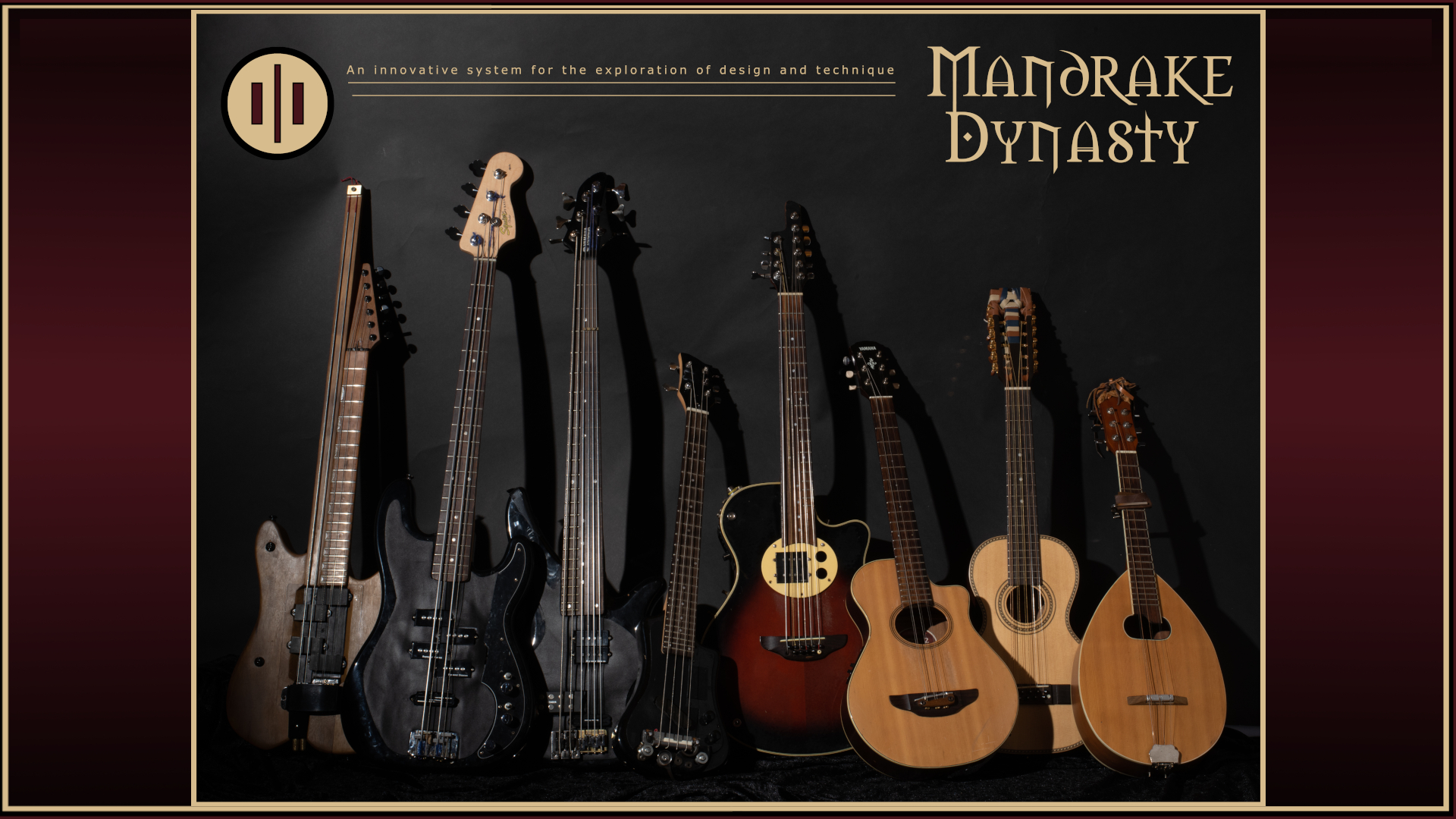 The Ash Mandrake Act incorporates music, loop machines, stories and comedy. He designed the double necked guitar, hats and costumes. This is folk rock, but many styles are used. He has been described as imaginative; an incredibly skilled musician and songwriter; unique, brave, and completely naturalistic.

There are 8 albums and E.Ps for sale at Band Camp, including the new acoustic album “Magic path” click here to purchase. 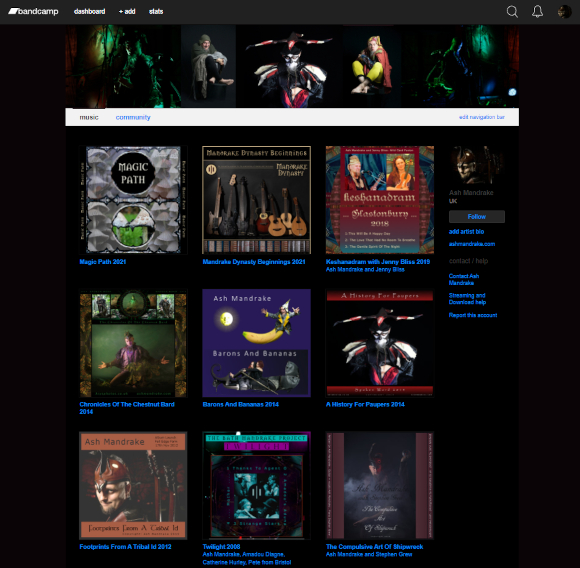 More About The Ash Mandrake Act

Ash Mandrake Live is about Entertainment. Take a voice like Sting having swallowed an opera singer or Midge Ure crossed with velvet. Now multiply that voice by twenty, using modern loop machines. Throw custom guitars into the mix. Lay upon this the ancient craft of story telling – with spoken delivery that has been compared to Richard Burton and Anthony Hopkins. The next step is to coherently weave a collection of exquisitely hand crafted hats through all that quality.
Yes… I said hats…
He makes them !
Having difficulty imagining how this might work? Please refer to the opening statement above.
And for the final cherry on the cake throw in stand up comedy worthy of Bill Bailey, but as surreal and surprising as Monty Python. Do you think that could work? here’s what other people have said about the Ash Mandrake phenomenon:

I always describe him as an eccentric story telling wizard. (Velvet Harding)
Magical mystical mayhem really sums him up. (Pete Farrier)
He is a ONE OFF,and a magnificent ONE OFF at that!!  (Pamela Bamford)
Many a time I’ve been asked “what” he is… I just say a unique happening…. (Bryony Edwards)

I was so impressed I bought three CDs straight off, at times he can sound quite Celtic and has a great voice and vocal range, sometimes so sweet it makes you think of Robert Wyatt.
(Jeff Berg, Unfretted 2016)

Somebody stole and spliced the DNA of Robin Williamson, Arthur Brown, and Captain Beefheart. there is no other way to describe – or explain – Ash Mandrake. A modern troubadour, complete with hats and travelling van.
(Greenmantle 2014)

A good eccentric is hard to find and in a medium where many acts can sound the same, here’s one act that trumps so many in terms of stage presence, image and musical ability. With mutant instruments in his possession, he will take you on a ride that no amount of Frank Zappa will prepare you for! Grasp it tight, it’s Ash Mandrake!
(Brewtown Music 2013)

…imagine The Mighty Boosh as a one man show, being taken to a time of folklore, rock, dragons and bank managers, but actually being able to sing and play the instruments (and minus Bollo and Naboo). You would then have this great act.
(Tamsin Porter 2013)

“I delight in the mischief of gently squeezing the end of convention’s nose, when the minds in which it has seated itself least expect it”
(Ash Mandrake 2018)

Also in this section

Learn how to place music on itunes at ReverbNation.com